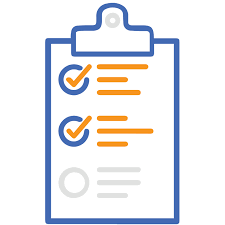 Once validated, a signal needs to be prioritized based on whether the signals suggest risks with “an important impact on patients’ or public health and/or the risk-benefit balance of the medicinal product”. GVP Module IX (GVP IX) suggests several considerations that should be examined. Ultimately the prioritization stage should dictate the timeframe for completing activities and actions throughout the signal management process. GVP IX specifically states that flexibility and clinical judgement be applied throughout prioritization and that “appropriate measures” around risk prevention or minimization may be required before a formal assessment of the signal is concluded.

Taking place in tandem with Signal Prioritization is the Signal Assessment process that considers all available evidence when further evaluating a validated signal. During this process the safety reviewer is looking for additional sources of information that may provide further evidence for or against a causal association, or a new aspect of a known association.

Out-of-the-box, Evidex brings disparate safety data sources together into a single platform, allowing Signal Assessment, as described in GVP IX, to be conducted efficiently. For example, on day one of access, without a complicated implementation process, a reviewer can access:

- VigiBase for information from other regulatory authorities worldwide

- Other real-world datasets that can provide information on characteristics of exposed patients and utilization and also be used to run temporal analyses to better understand AE occurrence rates.

Like all of the stages of GVP IX, Signal Prioritization and Signal Assessment are data driven processes where documentation is critical. Having access to the right data and analytics to make, justify, and support the decision is critical, as is securing an audit trail of the steps taken.

Access to a platform such as Evidex links the data gathering and analysis process seamlessly with an audit ready tracking and workflow process.  Given that Signal Prioritization is continuously performed based on new information, having easy access to actions that were previously taken allows new participants in the process to get up to speed quickly and facilitate the consideration of any new data.