Last week at a national cancer summit, Vice President Joe Biden “threatened to cut funds to medical research institutions that don’t report their clinical trial results in a timely manner.”  He referenced an investigative report that STAT News published last December citing ridiculously low rates of clinical result reporting by the very institutions that are required by law to file.  In response, the Veep said, “I’m going to find out if it’s true, and if it’s true, I’m going to cut funding.  That’s a promise.”  Story and video here.

We wrote about STAT’s original investigative work back in December and I’d urge you to read their report (link is above) and our blog post published shortly thereafter.  For those short on time, here’s the skinny:  top research institutions that rely most heavily on NIH funding are oftentimes the ones most delinquent in making the legally required reporting of study results.  This violates the terms of their funding and federal law.

I think we can all agree that this is egregious on many levels and that the lack of reporting certainly plays a role in the slow pace of innovation and new drug development.  But that's still a somewhat obtuse argument, because it’s really hard to quantify what’s being lost in this lack of reporting.

As most of you know, earlier this year we launched our clinical evidence module within the Evidex platform.  Our goal has been to curate all of the data points being reported at ClinicalTrials.gov and supplement those with published study results from various journals and meetings. All of this annotated data is captured in a way that allows it to be presented in an easy-to-use and easy-to-access format.   We’ve already launched coverage of three major indications and are in the process of building more.

To give you a sense of the scale of the underreporting problem, let’s look at Multiple Sclerosis.

For our clinical evidence coverage of MS, we were able to capture data on ninety-eight clinical trials covering nineteen drugs in Phase II and above from ClinicalTrials.gov.  To those data, we had to manually track down, find, research, and curate data for another fifty-six clinical trials covering twenty two drugs in Phase II or above.  So, on a very basic level, 36% of our target trials went completely unreported in ClinicalTrials.gov.

But, that’s just the beginning.  Even within the trials reported to ClinicalTrials.gov, key data were often missing.   Beyond the legal requirements to file studies, sponsors also have to publish their results within 12 months of reaching the completion date (or within 30 days of approval).  Yet when we looked at all of the available MS studies on ClinicalTrials.gov, only 20% of them included results and the average data aging (from when the studies were filed and when we pulled the data) exceeded four years.

And all of that is just one indication.  Carry that through to the twenty or so major indications that most healthcare decision makers focus on and the scope of the problem becomes quickly apparent.

We’re encouraged by Vice President Biden’s fiery rhetoric, but the reality is what power he has now will be largely gone in November.  That doesn’t end the obligations of the research institutions and corporate sponsors to fix this underreporting problem, but it may dim the “heat” that they’re now feeling.  We hope that’s not the case, but we’ve certainly seen it before.  After all, our entire company is founded on the premise that the healthcare system and patients are harmed by a quantum lack of data and analysis

So, if you’re as frustrated as the VP is by the lack of reporting of clinical trial data, please feel to reach out to us to learn more about how we’re filling that gap. 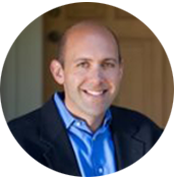